Through the MacDonald Training Center Foundation we honor our founder, J. Clifford MacDonald, tireless advocate and visionary, ensuring future sustainability and current operating support for the organization, which he established in 1953 as one of the first pre schools for children with special needs in our country. 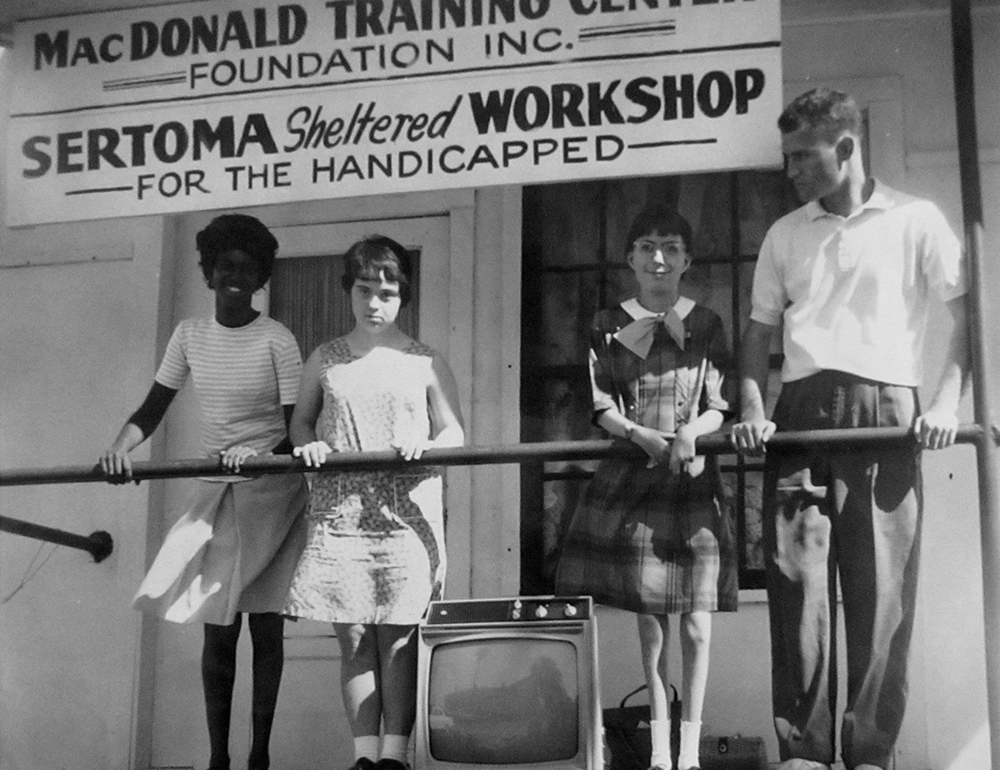 Mr. MacDonald is remembered by Sam Stickney, now Associate Editor of the Tampa Times, as “a little leprechaun of a fellow with a smile almost as wide as his face.  He was known to us as Cliff MacDonald.”

“There’s a tale they tell in the old country that if you catch a leprechaun he must lead you to his pot of gold.”

“The retarded children of this county caught Cliff MacDonald and he led them to something far more valuable than a pot of gold.  He led them straight into the heart of this community.”

“…We knew from numerous news assignments just how desperate was the plight of the retarded.  We had seen a youngster confined in a cage.  We knew of a prominent family who kept one room at home always locked.  We had looked into the eyes of parents of retarded children and seen immeasurable depths of agony and despair.”

Cliff MacDonald had lived to read an accolade published in 1962 by the Saturday Evening Post, a popular magazine with a circulation near 6 million.  “Working with the United Fund, the MacDonald Workshop is among the best in the country, operating entirely on private contracts with area industry.  Such centers achieve small miracles every day,” wrote Eunice Kennedy Shriver.”

Please call our Development Office to arrange a donation of stock, securities or to let us know of your plans for a legacy gift, charitable will, trust or bequest.